Conventional logic suggests that before every major international football tournament, there must be at least one surprise packet, one cheval noire that punches above their fighting weight and reaches the business end of the competition. Indeed, at the European Championships of 1992 and 2004, the curveballs went one step further in confounding the critics by winning the whole shooting match. Denmark’s players summoned themselves from their sun loungers as a last minute replacement for war torn Yugoslavia and their lack of preparation did not hinder them as they emerged from the other side of the Kattegat Strait with the Henri Delaunay Trophy ready to declare at border control. Fast forward twelve years and Portugal were on the receiving end of a Greek tragedy inflicted in their own backyard as Otto Rehhagel’s master plan came to fruition as the previously unheralded Greeks won the competition against all odds as other more illustrious nations saw their chances wilt in the Iberian sunshine.

Recent history in the European Championships suggest that there should be one nation from that outside the elite that at least makes a run to the semi-finals, with the Czech Republic being beaten by Oliver Bierhoff’s golden goal at Wembley in Euro ’96, while four years ago it was Fatih Terim’s Turkish charges that made it to the last four before succumbing to Germany. While the field of sixteen in Poland and Ukraine is headed by three of the four semi-finalists from the 2010 World Cup, there is surely a place up for grabs in the last four of Euro 2012 for a dark horse, an entry from leftfield. A kind draw for Euro 2008′s other surprise semi-finalists Russia puts them in the frame for this candidacy, especially considering conditions will not be dissimilar to their homeland. An ageing squad light on recent game time could count against them, although it could also have the opposite effect as some of Europe’s more overworked footballers surely have potential to be lions in the winter and lambs in the summer. A strong qualifying campaign from Euro 2004 winners Greece suggests that they will be doing more than making up the numbers in Group A, while the presence of Cristiano Ronaldo in Portugal’s line-up means they should not be written off against Germany and Holland. Getting the best out of Ronaldo at international level remains a constant conundrum, however, and Portugal’s preparation matches for the tournament have offered little cheer, with a 3-1 home defeat by Turkey suggesting that Portugal’s defensive vulnerabilities remain unsolved. And while as a patriotic Englishman, I would like to see nothing more at the culmination of the tournament than an English success, the patchwork nature of Roy Hodgson’s squad, allied with his safety first mentality and an inability to keep possession effectively for two halves of football means that it would be a pipe dream of epic proportions to expect Steven Gerrard to be holding aloft the trophy on July 1.

No, if there is to be a surprise packet that emerges during the 2012 European Championships, it is going to emerge from the Balkan corridor and will offer their manager of six years and a long time national hero the opportunity to sign off in grand style before heading for pastures new. Croatia may well be the second youngest nation in the field and also the country with the sparsest population, standing at just over 4 million inhabitants, but what it lacks in experience and volume, it more than makes up for in national pride and this is never more keenly demonstrated than when Croatia competes on the world sporting stage. Since independence in 1991, Croatia has enjoyed moments of great success in tennis with Goran Ivanisevic famously winning the 2001 Wimbledon men’s singles final against Pat Rafter. This was all the more remarkable considering Ivanisevic, in the autumn of his career, was ranked 125th in the world at the time and had only been playing in the tournament after the All England Club had granted him a wild card on the eve of the competition commencing. Four years previously, Ivanisevic’s compatriot Iva Majoli won the women’s singles title at the French Open on the clay courts of Roland Garros when surprisingly defeating 16 year old Martina Hingis in the final. Then in 2005, Croatia landed tennis’s premier team event when just fourteen years after its formation, the country won the Davis Cup.

Croatia has also enjoyed success on the basketball court with its highest point coming at a time when the country was very much a fledgling nation. In the 1992 Barcelona Olympics, with the country barely a year old, Croatia reached the final of the Olympic basketball competition before losing to the all conquering US Dream Team, containing Michael Jordan, Patrick Ewing, Magic Johnson, Charles Barkley et al. In the circumstances, a silver medal for the Croats was a major achievement and a third place finish in the 1994 World Championships would follow for the ‘Golden Generation’ of Croatian basketball players.

But as much as these achievements in basketball and tennis will have captured the public imagination, it is the performances of the nation’s football team in their red and white chequered shirts that particularly holds the national interest, and over the years the Croats have more than held their own in the major tournaments for which they have qualified. They made the quarter-finals of the first tournament that they qualified for, the Euro ’96 championships in England, where they succumbed to eventual tournament winners Germany in a physical match having left a certain red nosed Danish goalkeeper red in the face during the group phase. Two years later and Croatia went one better and made the semi-finals of the World Cup having gained perfect revenge on Germany by defeating them 3-0 in the last eight. A match against the host nation France would ultimately prove a step too far as Lilian Thuram’s only goals of his 142 cap Les Bleus career were to prove the difference, but Croatia were to sign off from the tournament on a high by defeating Holland in the third place play-off.

As the era of the likes of Robert Prosinecki, Robert Jarni, Alen Boksic and Davor Suker came to an end, the next few years marked a period of transition for Croatia, although they did manage to qualify for both the 2002 World Cup and for the 2004 European Championships, being eliminated in the group stages on each occasion. The 2002 World Cup did at least provide a memorable victory for the Croats against their neighbours the other side of the Adriatic Sea, Italy, a team against whom they will renew acquaintance in Poznan on 14 June. It was time, however, for the next generation of Croatian footballers to be handed the baton and to keep their proud nation competing with the best and ruffling a few feathers along the way. All it needed was for a national hero from Croatia’s formative years to take over the managerial reins. And in 2006, 44 cap veteran and former Premier League hardman Slaven Bilic was to answer his country’s call, fresh from a two year spell in charge of his country’s under-21 team. It was a logical move for Bilic to have responsibility for integrating this crop of youngsters into the senior team and he was soon making his imprint in this brave, new world. 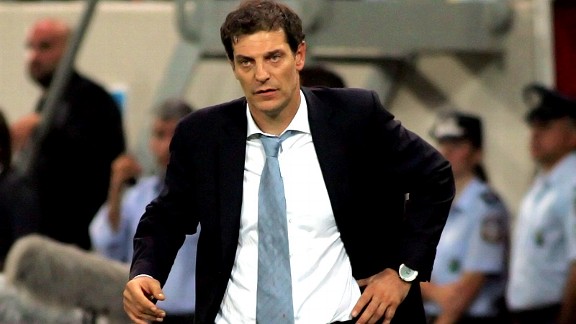 Slaven Bilic’s swansong as Croatia manager has potential to be a memorable occasion, even allowing for Croatia’s squad advancing in years and edging closer to a period of transition. Bilic’s imminent departure facilitates a natural transition period as his replacement will surely want to start the rebuilding process and bring through their own charges. A Croatian team in which Bilic has at times fostered strong team spirit, unity and collective belief has a chance for one final hurrah as Bilic himself prepares to clear his desk. This is also a nation still in the age of minority never found wanting for national pride or patriotism, which is hardly surprising given that no other nation at Euro 2012 practically wears its country’s flag as its football shirt.

Croatia’s intense pride coupled with a sense of remedying a missed opportunity in 2008 in order to give Slaven Bilic a fitting and grand send off means they are lively outsiders at Euro 2012 and this observer expects a stronger showing from them in Poland and Ukraine than their pre-tournament odds of 50/1 suggest. Although winning Group C will be difficult given the presence of the Spaniards in the group, it is quite conceivable for Croatia to win their opening two matches against Ireland and Italy, especially given the latter’s current off-field difficulties. This would set Croatia up for a quarter-final against the best that Group D has to offer and while this could mean renewing acquaintance with England, it is more likely that it will mean locking horns with the currently 20 match unbeaten France.

This would be an intriguing reunion for messrs Bilic and Blanc, members of the centre backs’ union, but for whom relations are not exactly entente cordiale given that Bilic’s overreaction in the 1998 World Cup semi-final resulted in Blanc’s expulsion and his suspension from the World Cup final, the French football team’s finest hour and a half to date hitherto. Blanc will have had reason to curse Bilic that night in the Stade de France and if Croatia play their cards right over the next month, Blanc may not be the only manager, player or supporter to utter some cursory invective about Bilic and his team as Croatia’s capacity to crash the party could see them be Euro 2012′s surprise packages and give Slaven Bilic a suitable ending to what has been a largely positive and memorable tenure as Croatia’s football manager.